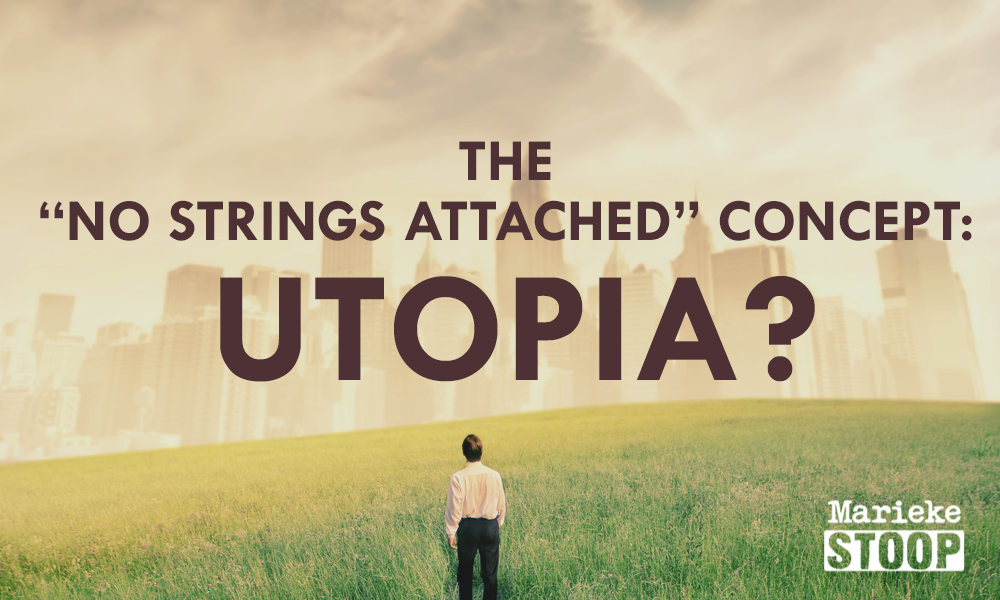 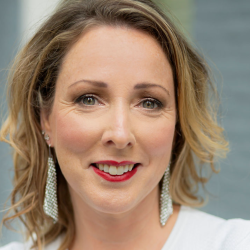 No strings attached refers to having no special demands or limits that you have to accept. According to Wikipedia, the origin of the phrase is from the cloth industry, where a string would mark a small flaw in a fabric so it could easily be spotted. This suggests the meaning of “without flaws”.

In ancient times, documents that were written on parchment had strings that were used to tie them shut, after they were rolled up. The Babylonian Talmud mentions an example of a man who gives his wife a get (bill of divorce) with a string attached, but holds on to the string, so that he can snatch it back (apparently because he is unwilling to actually give her a divorce).

According to Jewish law, this is not a valid divorce, because the man has not properly delivered the get, by freely giving it to his wife.

In the film No Strings Attached (2011), Adam (Aston Kutcher) and Emma (Natalie Portman) decide as friends to have sex without having a relationship. The concept looks from the perspective that it should be an easy decision without any limitations and with a certain freedom to do whatever they want.

In fact the contrary is the case; their relationship is filled with limitations, rules and the blocking emotions to avoid becoming attached.

All barriers and boundaries are set up to avoid experience love. Love is unconditional and does not ask for anything in return.

With no strings attached, the characters in the film are setting rules and unrealistically thinking they are asking nothing in return, but they do. They are allowing themselves to not act on responsibility and to block emotions. On one hand, there is nothing wrong with this concept.

However, the possibility could be that underneath this concept the characters are afraid to make a commitment, wanting to control the situation as they are afraid to experience the unknown – the abundance of love.

Most of the time our concept of a relationship is based upon the past and/or relationships that we have seen in our surroundings. It could be that for you it represents aspects of avoiding responsibility, pain, fear of getting lost in emotions or loss of freedom.

Once you know where the fear or the definition of relationship for you is coming from, you can choose to see a relationship in another way of light.

The Dalai Lama is referring to this as: “Life is an illusion, once in a while the decor change and you adapt the way you look at it.”

If you can express your fears, this shows that your are also able to express the desires that lie underneath them. Ingredients of a relationship include at least love, commitment, communication, respect and trust. It’s a daily negotiation to communicate what it is that you want. Express your desire to your partner and come to a common agreement and consensus.

The basic question is..

Will you hold on to the concept of No strings attached or are you wiling to allow yourself the experience of unconditional love in all its forms?

If it is the latter,  your experience will be even better than as what you had in mind.

This website uses cookies to improve your experience while you navigate through the website. Out of these cookies, the cookies that are categorized as necessary are stored on your browser as they are essential for the working of basic functionalities of the website. We also use third-party cookies that help us analyze and understand how you use this website. These cookies will be stored in your browser only with your consent. You also have the option to opt-out of these cookies. But opting out of some of these cookies may have an effect on your browsing experience.
Necessary Always Enabled
Necessary cookies are absolutely essential for the website to function properly. This category only includes cookies that ensures basic functionalities and security features of the website. These cookies do not store any personal information.
Non-necessary
Any cookies that may not be particularly necessary for the website to function and is used specifically to collect user personal data via analytics, ads, other embedded contents are termed as non-necessary cookies. It is mandatory to procure user consent prior to running these cookies on your website.
SAVE & ACCEPT